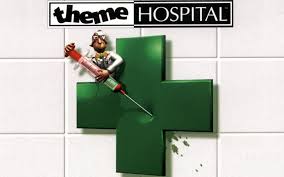 The gaming development industry is a harsh world, especially since 2005. Publishers keep demanding more value for buck which often results into many game delay periods. Sometimes it may even end up real bad: the development studio will be forced to shut down due to lack of funds, popularity, hype, or other factors. Let’s take a closer look at one of the entrepreneurs of video gaming, Bullfrog Productions, and how exactly the company met the final end. Between the highlights and the end they produced many popular game titles and made many weird decisions. The third title Bullfrog produced made the company famous: the innovative God game Populous. The game received a couple of Strategy rewards in 1990. Thanks to the games success, Populous was ported to various other systems like the PC-Engine and SNES - it was originally developed for the Amiga and PC. Since Populous was released, Bullfrog kept the god game schematics which eventually led to many more Theme park styled games. Populous was published by Electronic Arts, which stayed Bullfrog’s publisher for many other game titles.

In April of 2003, Electronic Arts combined Bullfrog Productions with several of its other European-based studios to form EA London (EAUK). The Bullfrog name has been retained, however, as a branding tool for certain titles that are extensions of the company’s established franchises.

Bullfrog managed to score other major hits in 1997: Dungeon Keeper and of course Theme Hospital?. Both games were published by Electronic Arts, since the publisher acquired Bullfrog Productions in 1995! No big surprice there: Molyneux, Bullfrog’s co-founder, became EA vice president in 1994 after EA acquired the majority of Bullfrog’s stock share. Molyneux left Bullfrog in August 1997, after the release of both games, to found Lionhead Studios whilst other members of the original team founded Mucky Foot Productions. Before we continue to unfold Lionhead’s history, let’s take a closer look at Theme Hospital. The game featured so many inside jokes and humoristic links to the reality. In Theme Hospital, you try to successfully build and manage a hospital, including research, various departments like the infamy, ward, doctor’s office, … Patients could be cured in the most laughable fasions: by for example exploding its head and bolowing some air in it until the head has a normal shape again. Actually Bullfrog produced another theme-like game title before Hospital: Theme Park. Theme Hospital is mainly considered Theme Park’s successor.

Just like Populous, Theme Hospital got many praise from game reviewers all over the world. Successfully managing a hospital was a completely new aspect of gaming, although the theme based simulation games existed a couple of years before Hospital or even Theme Park. The typical humoristic approach by Bullfrog automatically managed to increase the games popularity.

Mucky Foot Productions’ Startopia saw the light in 2001. Unsurprisingly, the breakaway company Mucky Foot Productions produced a humoristic simulation game in 2001, called Startopia, published by Eidos. Startopia featured many unique little game mechanics, such as the ringworld-like space stations in which players try to expand their city-topia. You could also expand in height by adding a second deck to your enormous space ship. For instance a bio sector in which different aliens could relax depending on the adjustable temprature and weather. “Huh, Aliens?” - Yes indeed, the player builds a huge city to please and attract different alien species. Differnent species require different treatments, which traditionally translates into different rooms with different equipment, just like Theme Hospital.

With Mucky Foot given painfully little to promote the game, it is believed that Startopia sold approximately 15,000 copies. Finding a copy is increasingly difficult, although The Games Collection republished the game in 2004. We all know what follows after very low sales rates… Originally, Mucky Foot Productions had plans for a sequel as well as an X-BOX version, but both ideas where scrapped by Eidos, the publisher, which no longer supported the game. Mucky Foot was forced to close down a couple of years later, after other failures like Blade II: the Computer Game.

It’s a shame we never saw the sequel since Startopia is one of those very underrated and mostly ignored Simulation games out there. The game is arguably better than most traditional sim like game titles, but still: a game not supported by the publisher is a dead game. Eidos had or still has enough troubles on their own since Pyro Studios’ Commandos spin-offs also received bad sales and reviews.

On the other hand, Molyneux’ newly shaped game studio called Lionhead Studios did manage to create some success. No big surprises here either: Lionhead’s first released game, Black & White was also a god game with a mix of strategy and beat ‘em up elements. In the game, you are the God and you have to create an attractive empire in order to let inhabitants worship you. You can accomplish this via two main ways: either play as the good God, giving people food and shelter, or by playing as the evil God, enslaving everyone. A couple of unique twists made it into B&W: there is no interface present at all. Every action has been seamlessly integrated into the main gameplay mechanics.

For instance, as a God you can cast the rain spell by drawing certain symbols with the mouse pointer over the screen. And of course you can call upon your dear friend, the Creature to help you in the process of winning worshippers. Creatures can learn a limited amount of patterns by tracking your moves. If you pulverize a couple of trees to transform them into wood for your people, the Creature might do the same. On the other hand, if you smack many inhabitants for fun, the Creature might become an angry beast, eating everyone which stand in its way.

Lionhead has received a lot of media attention for their delayed games, in part due to the large amount of publicity and hype generated for their games. This often resulted into disappointments for the consument and was one of the many causes which led Lionhead into financial troubles in 2004. Their “satellite” developer system turned out to be more of a problem resource than a money resource. Fable’s Big Blue Box Studios (developers of Fable) and Intrepid Games were later integrated into Lionhead’s main studio in U.K. Luckily, a consortium of investors made a significant investment into the developer in October 2004. This got rid of Lionhead Studios’ privately held state. In 2005, Lionhead produced the follow up Black & White 2 and later The Movies, which received mostly good reviews and sales.

Over the years, Bullfrog Productions’ various related game studios did not manage to exist very long. The very same could be said for Lionhead Studios, as Microsoft Game Studios takes over Lionhead in April 2006. Shortly after this integration, Fable 2 was announced, since Fable was originally published on the X-BOX and later ported over to the PC in extended edition form, The Lost Chapters. Microsoft Game Studios is king of acquiring game studios: MS already bought Rare and Bungie in the past, and Ensemble studios, responsible for the critically acclaimed Age of Empires series, is part of MS Game studios for quite a while now.

To think EA is not the only publisher who ruthlessly buys entire companies… I cannot stress enough Mucky Foot’s Startopia is heavily underrated so please give it a spin and Download the demo! (Download.com Mirror)