Legal notice: Most tips, tricks, howtos and guides are - not - originally created by me. They are scattered throughout the Internet, and this site contains a bunch of information found on other sites. Therefore, I am not responsible for any wrong information, or grammatical faults. If anybody notices his own text and would like to have it removed, please email me! 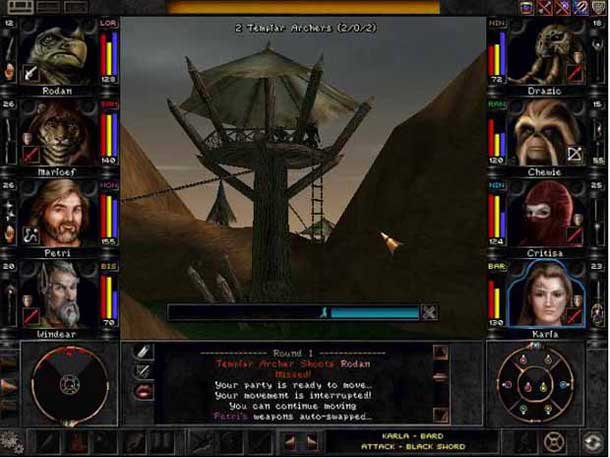 Psionic Blast is a great spell because it goes around corners and attacks enemies you cannot see. Area effect spells go a short distance around one corner, if you place them right, but Psionic Blast, like insanity and sleep, hit all members of the targeted group equally, wherever they are hiding, if you can target on even one of them. It's a good damage spell too, with reasonable cost (10/L) and a chance to cause insanity as a bonus. It's fun to hear unseen enemies fighting each other, off somewhere in the distance. At the fountain in Trynton there's a riddle which increases ALL your chars +5 INT so never put more points than 95 into INT... Develop the bow skill (or throwing / sling) of at least 2 characters. By the time you get to the fifth or sixth level, it really helps in melee. Besides there's nothing worse than being stuck after being surprised waiting to move and not being able to do anything except deplete spell points. Ranged attacks are great for just chipping away the hit points of monsters. 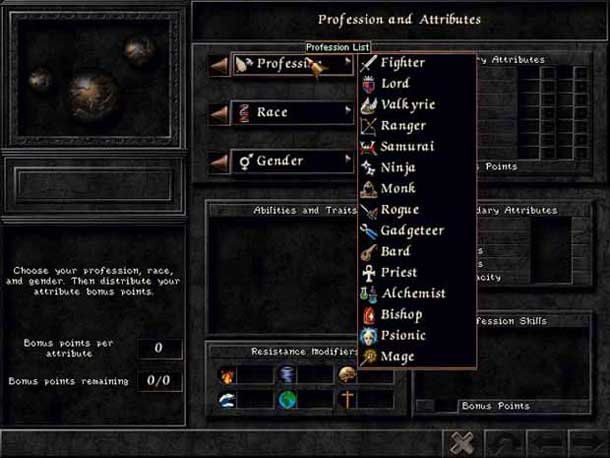 progresses - you need it A LOT. Magic protection varies, but the two main spells you’ll need are element shield and soul shield (and magic screen is highly recommended as well). 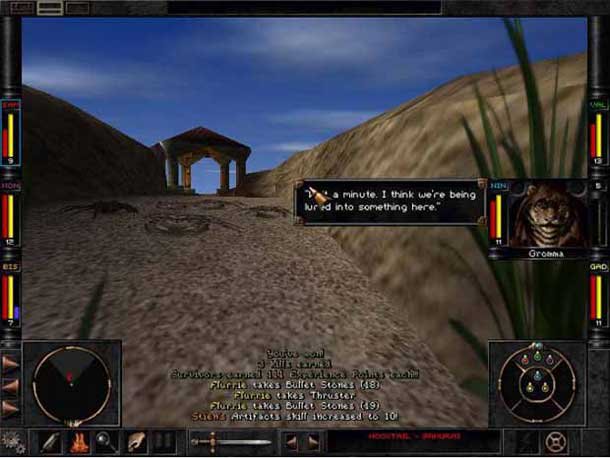 Too much stuff? Party dragging their packs around on the ground, your mage can barely lift her spellbook and everyone goes slo-mo in combat? Try storing your stuff in Arnika.. Since no one on Dominus *ever* sleeps, you can use the chest in Antone's bedroom, items never disappear when you leave an area... 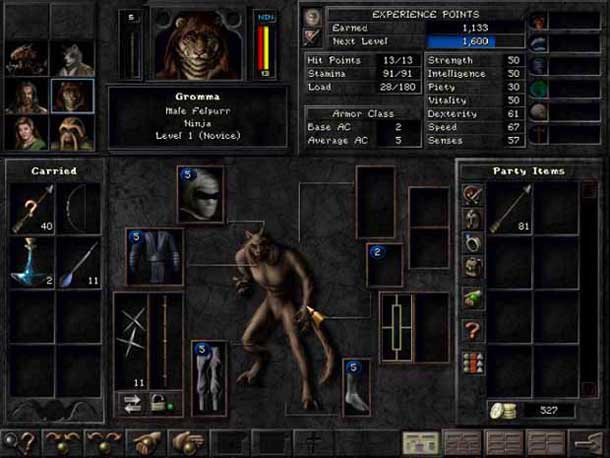 This is a video a recorded a long time ago showcasing different things in the Wiz8 world.

I'm Jefklak, a high-level Retro Gamer, and I love the sight of experience points on old and forgotten hardware. I sometimes convince others to join in on the nostalgic grind. Read more about The Codex here.

If you found this article amusing and/or helpful, you can support me via PayPal or Ko-Fi. I also like to hear your feedback via Mastodon or e-mail: say hello. Thanks!